Eva (Oona Chaplin) wants a baby. Kat (Natalia Tena) just wants a cat. Looks like complicated waters for this thirtysomething couple living aboard a houseboat in a canal in London.

While Kat is filled with uncertainty about motherhood, the unexpected visit of her straight friend Roger (David Verdaguer) — plus a night of way too many tequila shots — changes her mind. Sort of. The three concoct a plan that involves Roger as the sperm donor. What could go wrong?

Before they know it Eva’s expecting, and Roger’s totally embracing the role of potential baby daddy. What was supposed to be two mommies and a baby is turning into a different form of parenting. One that’s not supposed to include a party dude from Barcelona. No wonder Kat feels more distant.

While the movie takes a sentimental approach to modern love, the situations and emotions are believable. Just the way a good rom-com should be — whatever the participants’ sexuality.

Where: There Ultra Lounge (Upper Level)
Time: 8-11.
Music, Light Appetizers and Drink Specials will be provided. 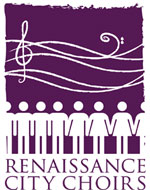