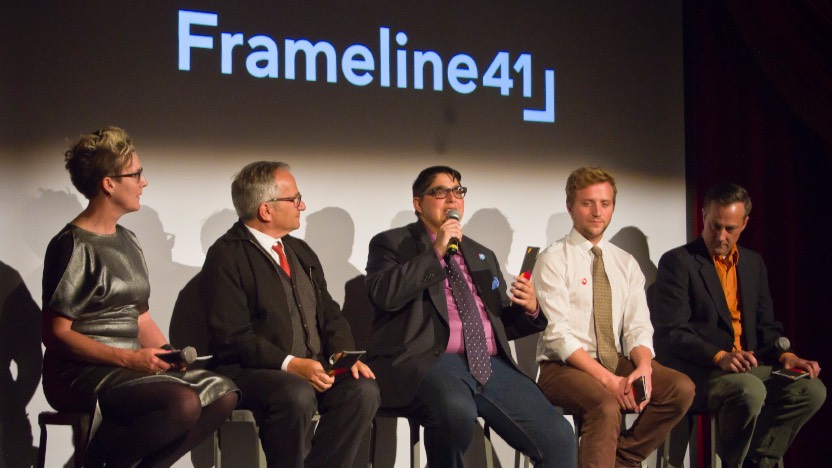 Armed with over 100 movies and fabulous parties, Frameline is the longest running LGBTQ+ film festival in the world. Each film begins and ends with a discussion from a curator or film festival executive, which often includes directors and stars from the films, making the film so much more accessible and personal to everyone in attendance. 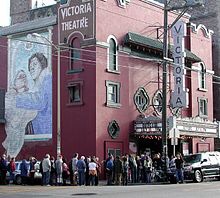 Each year Reel Q staff and board members attend Frameline to watch movies like THE WAY HE LOOKS, BLACKBIRD, GRANDMA and so many others long before they get picked-up by distributors for a wider release. It’s not a stretch to say that Frameline is the most influential  LGBTQ+ film festival in the country and we are forever grateful for the films they have given us over the years. For decades, Armistead Maupin has deftly conjured the enchantment of San Francisco and its denizens in Tales of the City . In this charming documentary, Maupin is shown to be just as endearing, funny, vulnerable, and bold as his popular protagonists. Includes interviews with Sir Ian McKellen, Laura Linney, Olympia Dukakis, Amy Tan, Jonathan Groff, and Neil Gaiman. BECKS – Centerpiece US Feature
Directed by Daniel Powell and Elizabeth Rohrbaugh
After dropping everything to move west for her girlfriend’s career, Becks (Tony-award winner Lena Hall of Hedwig fame) discovers she’s been replaced by a “younger, hotter, LA set of tits.” Retreating to her Midwestern hometown, she moves back in with her ex-nun mom (Academy Award winner Christine Lahti ), and, to her surprise, discovers romance, and herself, in the most unexpected of places.

CHAVELA – Centerpiece Documentary
Directed by Catherine Gund and Daresha Kyi
This larger-than-life portrait showcases one of the toughest, most talented singers of her generation, the iconic chanteuse and sexual outlaw Chavela Vargas —a favorite of filmmaker Pedro Almodóvar. She was a macha lesbian who forcefully played by her own subversive rules.

I DREAM IN ANOTHER LANGUAGE (Sueño en otra idioma) – Centerpiece World Cinema
Directed Ernesto Contreras
The mysterious circumstances surrounding a fifty-year feud between two of the last speakers of a dying indigenous language in Mexico are artfully intertwined with bittersweet remembrances of the past in this enchanting feature, winner of an Audience Award at the 2017 Sundance Film Festival. Icons & Heroes – Strong Biopics & Documentaries covering fascinating people from the exquisite profile of Armistead Maupin and the inspiring journey of Todrick Hall, to the captivating lives of artists as diverse as Whitney Houston and Tom of Finland, Frameline41 shines a spotlight on a beautiful spectrum of icons and heroes, exploring their stories in both biopics and documentaries.

● THE DEATH AND LIFE OF MARSHA P. JOHNSON , by David France , seeks answers about the 1992 death of transgender pioneer Marsha P. Johnson while also celebrating the lives and legacy of Johnson and her friend and comrade Sylvia Rivera, who, together, launched the modern trans rights movement.
● THE FABULOUS LIFE OF ALLAN CARR , by Jeffrey Schwarz , captures an ambitious producer, manager, and marketer who built his flamboyant reputation while earning millions from the hit film Grease and the Broadway smash La Cage aux Folles , only to have it all come crashing down after he produced 1989’s Academy Awards ceremony.
● STUMPED , by Robin Berghaus , is a captivating portrait of patience, perseverance, and perspective, examining a quadrilateral amputee’s survival story that explores physical and emotional challenges, as well as identity, diversity, and the strength of the human spirit.
● TOM OF FINLAND , by Dome Karukoski , tells the dramatic biography of an unassuming illustrator who dares to send some erotic sketches to an American publisher, launching the career of the newly dubbed “Tom of Finland,” whose iconic hyper-masculine imagery helped transform the self-image—and fantasies—of a button-down gay world.
● WHITNEY. “CAN I BE ME” , by Nick Broomfield and Rudi Dolezal , uses never-before-seen footage to uncover a sprawling and riveting portrait of Whitney Houston — from a youth inspired by gospel music to a superstar plagued by addiction and forced into playing a role both on and off stage.

Queer Cinema and Filmmakers of Color in the Post-Moonlight Era The colossal moment signified by Moonlight ’s 2017 Academy Award for Best Picture has prompted many to wonder whether stories about the lives of LGBTQ people of color have finally been accepted into the mainstream. As part of a special initiative supported by the Academy of Motion Picture Arts and Sciences , California Humanities , and The GriffinHarte Foundation , Frameline41 presents “Barriers & Breakthroughs: Illuminating Filmmakers of Color Before and Beyond Moonlight” —a series of film screenings and panels that celebrate and contextualize a powerful body of filmmaking from queer artists of color.

● ABU ( Father ), by Arshad Khan , explores Khan’s upbringing in a modern yet traditional Muslim family in Pakistan where he couldn’t confide his attraction to boys, and his moving journey to self-acceptance, told through home movies, animation, film clips, and pop songs, that began after the family immigrated to Canada.
● LOOKING FOR LANGSTON , by Isaac Julien , screening in a new digital restoration, is a classic 1989 meditation on desire, poetry, and the Harlem Renaissance that still pulsates with urgency: a prophetic forerunner of the Moonlight era.
● SIGNATURE MOVE , by Jennifer Reeder , finds common ground between a closeted Muslim lawyer (Fawzia Mirza ) and a free-spirited Chicana bookstore owner in this heartfelt and funny film about how modern romance can arise from a path steeped in tradition. Also featuring Shabana Azmi .
● STRONG ISLAND , by Yance Ford , is a piercing work of self-reflection told by Ford, a transmasculine filmmaker, who makes personal the countless tragedies brought about by racism in this country. Frameline has showcased episodic and web-based content over the years. Frameline41 goes all in with an entirely new section of episodic programming devoted to the edgy, binge-worthy frontier, created primarily through lenses of queer people of color, including a large majority of women makers.

● BEARDS , by Dan Robert and Lisha Brooks , is a truly bizarre and deliciously satirical comedy sketch surrounding funny, poignant tales of people trying desperately to deny their true desires.
● BROWN GIRLS , from director Sam Bailey and creator Fatimah Asghar , follows Single Girls Club friends as they navigate the beautiful messiness of their mid-twenties in this hilarious and heartfelt story centered on the lives of two young women of color.
● DISPATCHES FROM CLEVELAND , by Catherine Gund, is a series of five short documentaries that paint a full picture of how intersecting social justice movements—from police reform to economic equality to transgender visibility—are revitalizing and empowering marginalized communities in Cleveland.
● THE F WORD , by Nicole Opper, captures the funny and emotional world of an Oakland couple, ready to expand their family, as they venture into the complicated world of the American foster-to-adopt system.
● MORE THAN T , by Silas Howard , explores how many trans people are externally defined by finding their path in life, and illuminates themes of self-determination and discovering one’s calling.
● WOKE WOMEN MIXTAPE is an episodic two-for-one that takes an intimate look at the lives of women of color in Brooklyn, and creates a deeply satisfying display of comradery, desire, heartache, and joy. Featuring two works: 195 LEWIS, EPISODES 1-5 , by Chanelle Aponte-Pearson , and BKPI, EPISODES 1-3 , by Hye Yun Park. ● THE ARCHER , by Valerie Weiss , combines queer romance with a bit of First Blood , Foxfire , and Thelma and Louise , telling the story of a steely-eyed archery champion fighting back against the sadistic staff at a youth detention facility.
● BEHIND THE CURTAIN: TODRICK HALL
● THE DEATH AND LIFE OF MARSHA P. JOHNSON
● FREAK SHOW , by Trudie Styler , is an effervescent, poignant, and wildly funny coming-of-age drama about a teenager who challenges parental warnings, bullying, and the status quo to truly be his fabulous self. Featuring Alex Lawther, Bette Midler, Abigail Breslin, and Laverne Cox.
● GIRL UNBOUND , by Erin Heidenreich , explores the world of the top-ranked female squash player in Pakistan who has been the target of Taliban death threats since her teens, and her perseverance as she dares to defy those who seek to contain or categorize her.
● GOD’S OWN COUNTRY , a feature debut by Francis Lee , beautifully conveys how passion can transform lives, telling the rich and sexy story of a hard-drinking Yorkshire lad who keeps his emotions in check until an irrepressible Romanian immigrant comes to help out on the family farm.
● SIGNATURE MOVE
● STUMPED
● WHITNEY. “CAN I BE ME”
● THE WOUND , by John Trengove , brims with dramatic tension as a man returns to his small, South African community to participate in the annual ceremony where teenage boys are initiated into manhood in an environment wholly dedicated to traditional male mores.