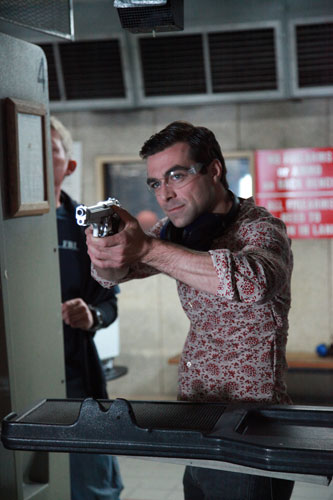 The classic action flick takes on new dimensions in this thrilling 2013 American film — a buddy comedy/adventure in which the buddies are gay.

Aspiring actor Danny has been taking a class for private investigators in preparation for an upcoming role. As part of his research, Danny begins to tail his ex-boyfriend Pip, a rich party boy who lives in the guest house owned by his boozy, pill-popping mother. When Pip attends a sex party with some of Hollywood’s gay power players and ends up getting robbed by a mysterious and vengeful duo, the bickering exes decide to solve the case themselves because nobody involved in the scandal wants the police sniffing around.

Filled with fun banter, the leads are played by Marc Samuel of TV’s “General Hospital” and Brian McArdle, who makes his screen debut.