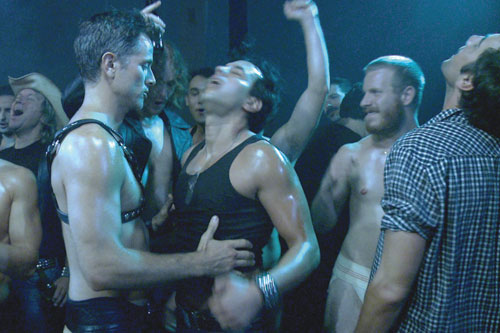 Openly gay filmmaker Travis Mathews collaborated with actor/director James Franco (who movie lovers will remember from the 2008 bio-pic “Milk”) to recreate lost scenes from one of the most controversial LGBT films ever made.

That film is 1980’s sexually explicit “Cruising,” which starred Al Pacino as an undercover policeman investigating a serial killer targeting gay men, in particular those associated with the New York’s Sadomasochism scene. Many people protested what they considered homophobic depictions. The result of Matthews and Franco’s efforts is the 2013 documentary, which reveals its participants’ reservations and excitement and creating the quasi-doc about Hollywood, censorship and sexual mores.

In Their Room: London

Since 2009, Travis Mathews has been taking his friendly and inquisitive camera into the bedrooms of gay men across the world for a series of intimate interviews about sex and love in the hook-up age. In this installment, Londoners reveal their private desires and fears while quietly going about warmly-lit rituals of bathing and grooming.