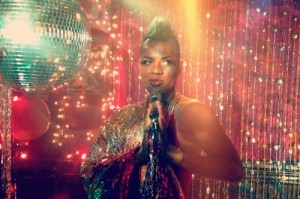 Alaska Is A Drag
(USA; 2013; 13 minutes) Director: Shaz Bennett
Friendship and self-acceptance are explored in this inspiring film about a young African-American gay man living in rural Alaska where he works in a canary and is a target of homophobia — until a newcomer spots something special in him. 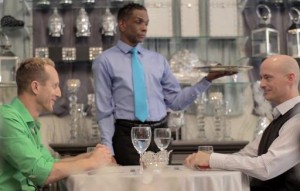 Dirty Talk
(USA; 2013; 12 minutes) Director: Jeff Sumner
Based on a series of real situations, this sexy little film is about an English teacher named Nathan recounting his strange hook-up to a friend. 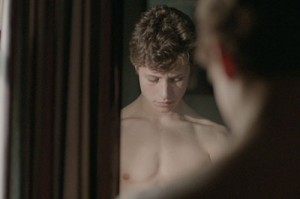 Kiss Me Softly
(Belgium; 2012; 16 minutes) Director: Anthony Schatteman
Quiet and intelligent 17-year-old Jasper lives in a small, sad town where his family is focused on his father’s singing career, leaving him to navigate adolescence on his own. 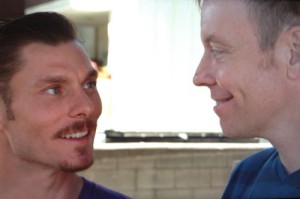 P.D.A.
(USA; 2012; 8 minutes) Director: Patrick Hancock
An urban gay couple finds their different views regarding public displays of affection — also known as P.D.A. — which leads to a much bigger exploration of their relationship. 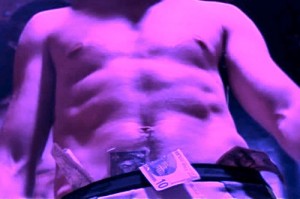 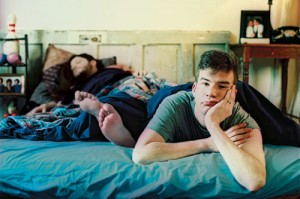 Spooners
(USA; 2012; 14 minutes) Director: Bryan Horch
A happily married same-sex couple decide it’s time to upgrade their sleeping arrangements by dumping the futon for a real bed — but shopping at a unique retailer and its high-tech services reveal more than one young man plans. 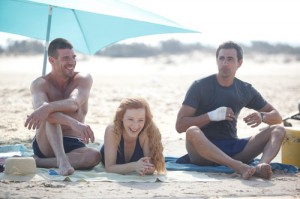 Summer Vacation
(Israel; 2012; 22 minutes) Directors: Tal Granit and Sharon Maymon
This sexy, captivating film is the story of a young couple, Yuval and Michaela enjoying a beach holiday that takes on new dimensions with the arrival of an unexpected visitor.