Snails In The Rain 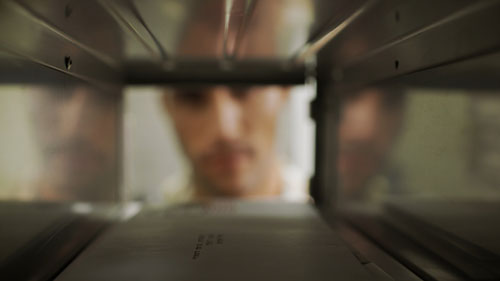 This intelligent and emotional 2013 Israeli film considers how a peaceful life can be upended with the written words of a stranger.

Set in 1989 Tel Aviv, Boaz is a linguistics student committed to his loving girlfriend, Noa. But soon Boaz is questioning his life when he begins receiving a series of obsessive love letters from another man. They expose the inner world of their author, who is deeply closeted — and knows plenty about him, including Boaz’s past attraction to other men.

The lead is played by the incredibly sexy male model Yoav Reuveni, who has appeared in ads for Armani and is making his acting debut.