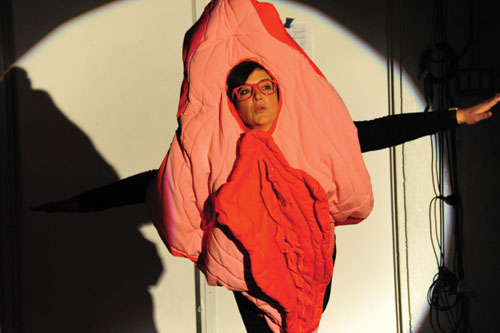 This smart and funny 2013 American film delves into the complications a professional woman faces as she approaches middle age.

Forty-year-old filmmaker Anna is preparing to shoot a lesbian version of the groundbreaking 1962 play “Who’s Afraid of Virginia Woolf” and its brilliantly bitter tale of a marriage collapsing. But with her birthday around the corner, Anna is determined to change her life by losing twenty pounds and get a girlfriend — but things don’t necessarily happen in quite the way she plans.

The sexy and witty cast includes writer/director Anna Margarita Albelo in the title role, Carrie Preston of TV’s “True Blood,” Guinevere Turner from the popular 1994 film “Go Fish,” Janina Gavankar of TV’s “The L Word” — and a fun cameo by someone who may or may not be international star Chloe Sevigny.