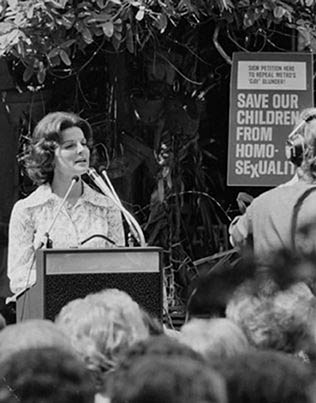 (US; 2014; 54 min.)
Director: Andrea Meyerson
Award winning actress Meredith Baxter narrates this inspiring documentary about one of the most famous episodes in modern LGBT history as experienced by one woman.

In 1977, singer and former beauty queen Anita Bryant launched her Save Our Children effort to repeal a nondiscrimination ordinance in Florida. A year later, Ronni Sanlo came out as a lesbian which led to her losing custody of her two children — and driving her to become a civil rights activist.

The film includes historical footage as well as a recent interview with Anita Bryant’s son and his wife.

Living in the Overlap 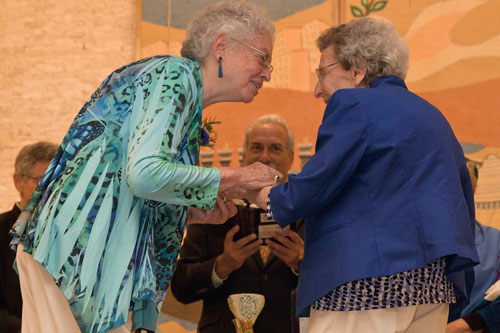 (US; 2013; 26 min.)
Directors: Mary M. Dalton & Cindy Hill
This moving and uplifting documentary focuses on two women in their twilight years who have made major accomplishments for civil rights and are now seeking to marry