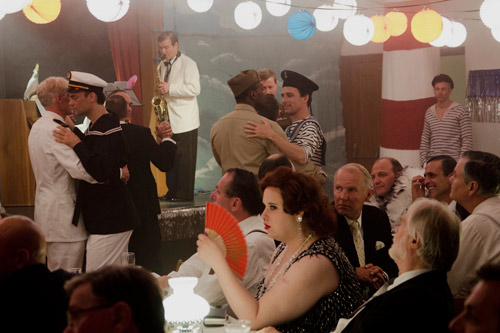 From 1932 to 1967, the gay magazine The Circle has a small but loyal international following and even managed to publish during the Nazi era. The magazine published news, short fictions, photos, poems and even stories about scientific research. It eventually shut down as tastes among the LGBT community began to change.

This film uses the deep love between two men — schoolteacher Ernst and drag entertainer Robi — to trace the highs and lows of this groundbreaking publication, including the shocking period when it was used as a scapegoat for the murders of several gay men.