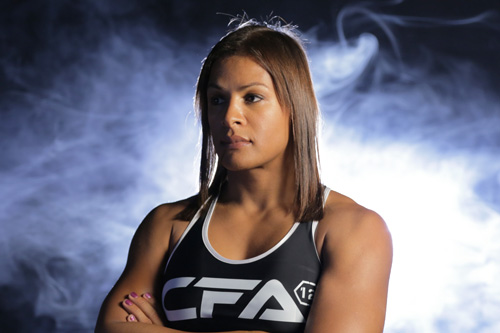 The career of Fallon Fox, the first openly transgender athlete in professional Mixed Martial Arts (MMA), provides the framework for this sincere documentary about LGBT athletes.

Fox was born Boyd Burton in 1975 and experienced gender identity issues as a child. After marriage, fatherhood and a naval career, Boyd traveled to Thailand in 2006 for reassignment surgery. A few years later, Fallon began her MMA career.

The film recounts how she delicately weighed the pros and cons of coming out, facing public curiosity and various kinds of prejudice. Game Face also takes a look at a rising gay basketball player who must decide whether to out himself to his college friends and teammates.

In a related story, a rising basketball player confronts his ambivalence about whether he should come out to his teammates and the collegiate community. Shunned early in life for being gay, he spends part of his adolescence in jail for fraud. The experience motivates him to passionately pursue a career in basketball, landing him at a two-year college in Oklahoma. With advice from the first openly gay active NBA player, Jason Collins, will he be able to find the right time to come out and make a stand?

Filmmaker Michiel Thomas skillfully shatters stereotypes about the athletic closet and reaffirms the central importance of the love of the game for these two tenacious competitors.