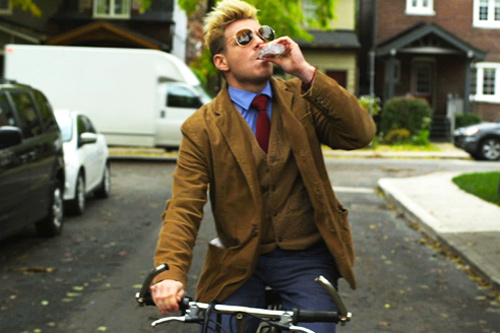 Former child star Pat Mills (TV’s You Can’t Do That on Television) taps into his personal experience in crafting this funny and revealing film.

Pat portrays quirky former child actor David Gold in crisis. His career is in a slump, he’s deep in debt, an alcoholic, enduring skin cancer and persistent rumors that he’s gay. David’s solution is to reinvent himself by pretending to be a high school guidance counselor named Roland Brown. Roland is a hit, helping lots of kids with his unorthodox methods. Too bad David’s having a hard time keeping his lies straight as the layers of deceit are hilariously peeled away one-by-one.