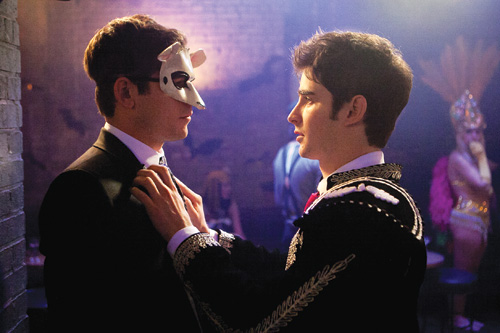 Gordon portrays budding artist Charlie who is obsessed with his friend Sebastian (Jason Ralph), so much so that he is compelled to repeatedly paint portraits of him. After his father is jailed for a financial scandal, a lonely Sebastian welcomes Charlie into his luxurious Manhattan home. Unfortunately, Charlie’s attempt to use their cohabitation to trigger a romance is thwarted by Charlie’s ambivalence and the appearance of seasoned and attractive concert pianist Tim (Sleiman) enters the picture.

Critics and fans at festivals across the country have commented on the sultry chemistry of these stars and the emotional depths that the film explores.

This film is presented in cooperation with JFilm: The Pittsburgh Jewish Film Forum