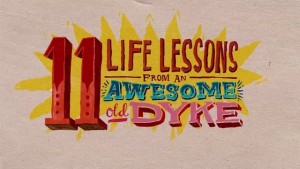 11 Life Lessons from an Awesome Old Dyke (USA 2015; 8 min.)
Director: Allison Khoury
A little documentary with a big story, this film centers on a tough, uncompromising woman named Dorothy who gives an abridged history of her daring life (and her lovers) as only someone who has truly lived can. 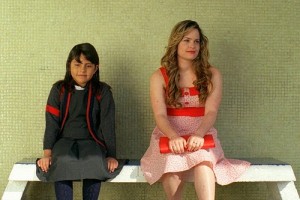 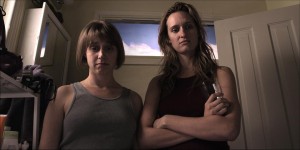 Disaster Preparedness (USA 2014; 14 min.)
Director: Melissa Finell
As a New York couple prepares for a hurricane, they find themselves bracing for an even funnier storm: their relationship. 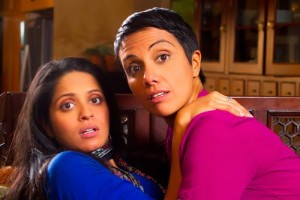 The First Session (USA 2015; 6 min.)
Director: Ryan Logan
Through a hilarious and insightful therapy session, two women hope to get the help they need to keep their relationship sizzling (or at least alive).

In the Hollow (USA 2015; 14 min.)
Director: Austin Bunn
This interesting and thoughtful blend of documentary and narrative film relates the tragedy of two girlfriends. While hiking the Appalachian Trail in 1988, they were attacked by violent homophobes and only one of the young women survives. 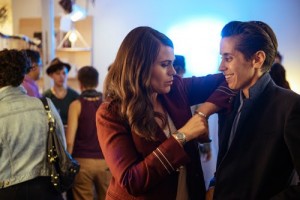 MA/DDY (USA 2014; 11 min.)
Director: Devon Kirkpatrick
Gender identity and roles are explored in this fascinating short film about an unusual widow trying to create her dream family even as she continues to grieve.

Stella Walsh (USA 2014; 15 min.)
Director: Rob Lucas
Little is remembered today about acclaimed athlete Stella Walsh (1911-1980), who won a gold medal in the 1932 Olympics. As this fascinating documentary reveals, only when she was killed in a robbery the world discovered that Stella had male genitals as well as female characteristics, including the chromosomes for each gender. 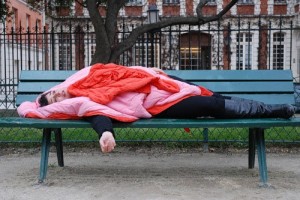 V is the Warmest Color (USA 2015; 2 min.)
Director: Anna Margarita Albelo
The award winning 2013 French film Blue is the Warmest Color, an acclaimed lesbian coming-of-age tale, is spoofed in this hot satirical trailer of a movie starring a vagina. In French with English subtitles. 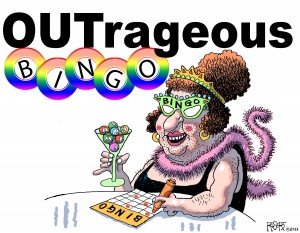