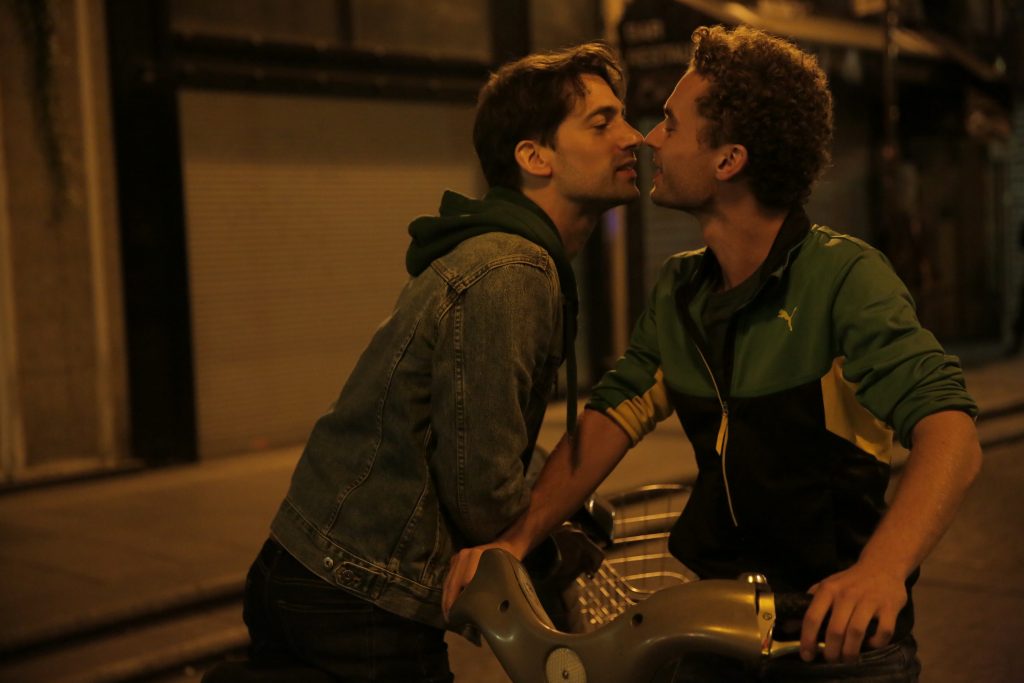 After 20-something city boy Theo (Geoffrey Couet) enters an after-hours gay sex club, he spots a man he must have: dark-haired country boy Hugo (Francois Nambot), who has already hooked up with an older man. Maneuvering through the writhing bodies, Theo joins the action to be near the object of his lust. Soon the others are forgotten as they begin a separate encounter.

Once Theo and Hugo are clothed and outside, the two travel the nearly deserted streets of Paris in the early morning hours, learning about each other and building trust. However, an unexpected discovery could wreck the relationship before it even begins, turning lust into anxiety and confusion.

There’s something exhilarating about watching a young gay couple connect with such honesty and have the potential for future happiness. As Theo and Hugo watch a memorable night turn into day, perhaps their first sexual encounter was just a beginning.