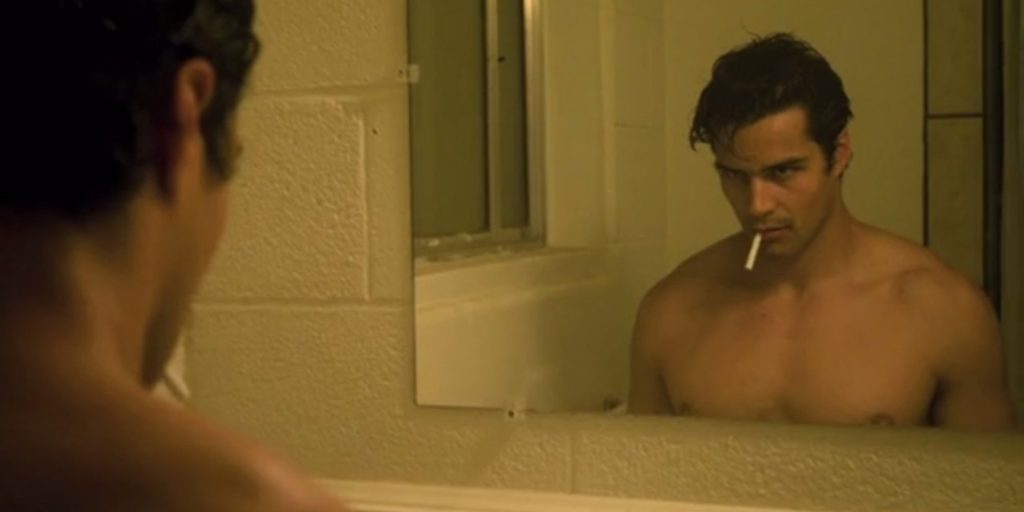 Jonathan (Tuc Watkins), a handsome middle-aged man, is cruising the streets of L.A. for a dark-haired hustler who is “rough around the edges.” When he finds what he’s looking for in a man, (Devon Graye) he makes a lucrative proposition: if the younger man will accompany him on a journey for several days he’ll receive double his nightly fee plus a $1,000 bonus. The one caveat is that he must impersonate someone known as “Brandon” the entire time.

So begins a tale with an underlining sense of menace with hints of Alfred Hitchcock’s Vertigo. Who was the real Brandon? And what happened to him?

Initially Jonathan is cold and dictatorial, and his actions are odd. The duo must stop at specific motels, restaurants, and tourist sites where Jonathan takes photos of “Brandon” with an old Polaroid camera. It doesn’t take long for the younger man to chafe at the role-playing, and the more he learns about Jonathan, the more difficult the charade becomes. As the role-playing intensifies, the line between reality and fantasy becomes blurred, and Retake becomes an amorous game of manipulation and obsession.