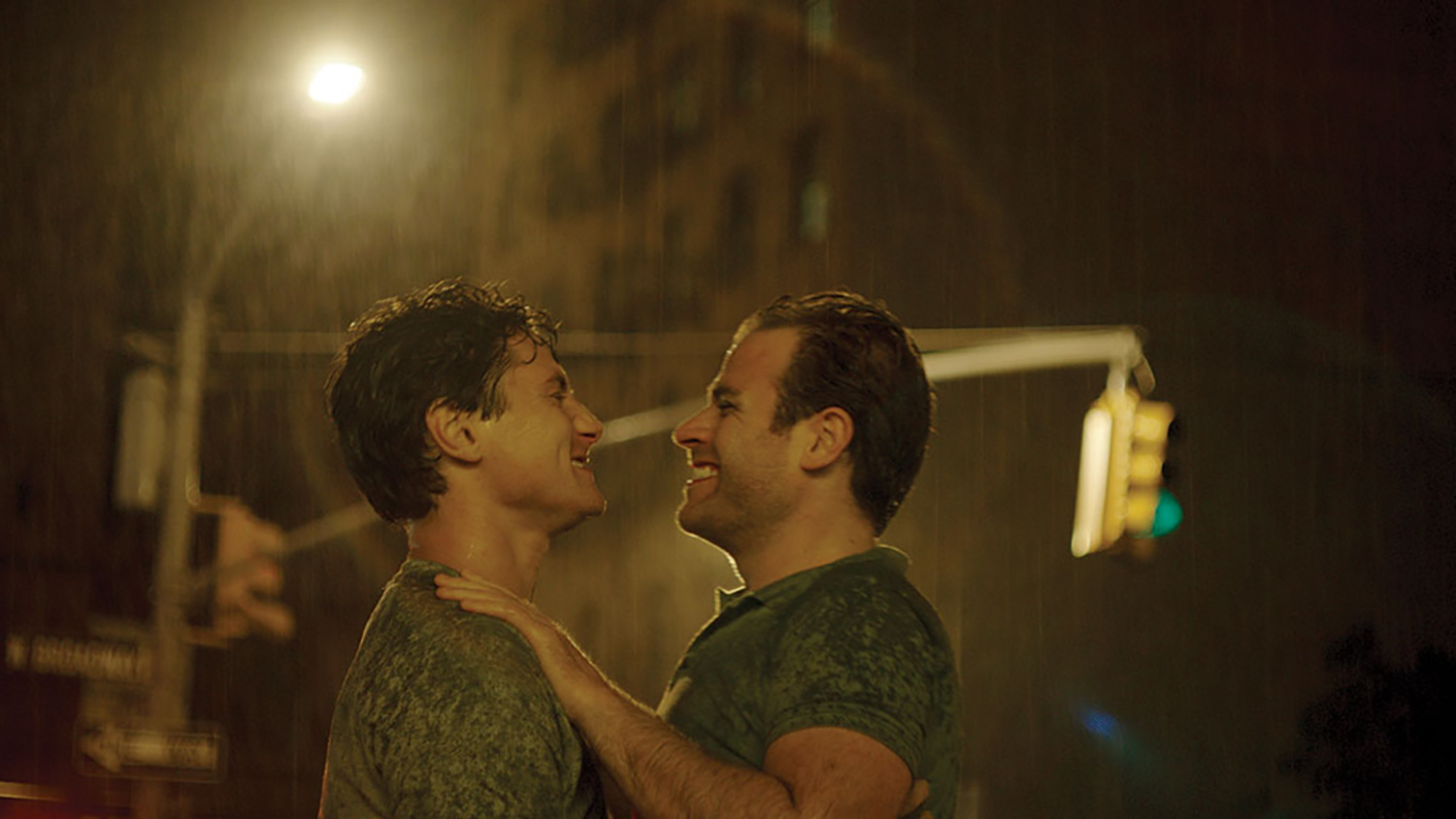 Sell By has been called “a gay romantic comedy for people who hate romantic comedies” by Huffington Post. When it premiered at Toronto’s Inside Out Festival this past spring and then played this summer at Outfest Los Angeles it earned positive feedback, and it’s easy to see why.

Basically Sell By focuses on a gay couple that forms the nucleus of a large group of (mostly straight) friends in Manhattan, and there’s not a weak performance in the ensemble.

At 36, Adam (Scott Evans), a frustrated artist, is beginning to despair that his aspirations are going nowhere. He’s making ends meet as a “ghost painter,” creating works for a famous artist (Patricia Clarkson) who passes off the paintings as her own.

Adam’s 5-year relationship seems stalled as well. Recently his boyfriend Marklin (Augustus Prew) began earning acclaim and lots of money — and a number of persistent admirers — through his website on men’s high-end fashion and Instagram following. However, Marlin has a secret, one that’s adding strain to their relationship.

A star-studded line-up of characters play their friends, who also are spinning wheels professionally and emotionally: Adam’s sister (Kate Walsh) is in a long-term relationship and wants the same for Adam; Cammy (Michelle Buteau) finds the perfect man (Colin Donnell) except for one thing; and Haley (Zoë Chao) coaches a college-bound numbskull (Christopher Gray), who’s barely legal but anxious, and able, to demonstrate his appreciation.

Add Clarkson’s cameo as a wealthy charlatan plus witty dialogue and Sell By makes an impressive directorial debut for veteran actor/screenwriter Mike Doyle. No wonder Sell By is getting such positive hype.

As Adam and Marklin struggle to reconnect, they are forced to reevaluate themselves, each other and the relationships of those around them. In the end will any of the characters get what they want? Or deserve?