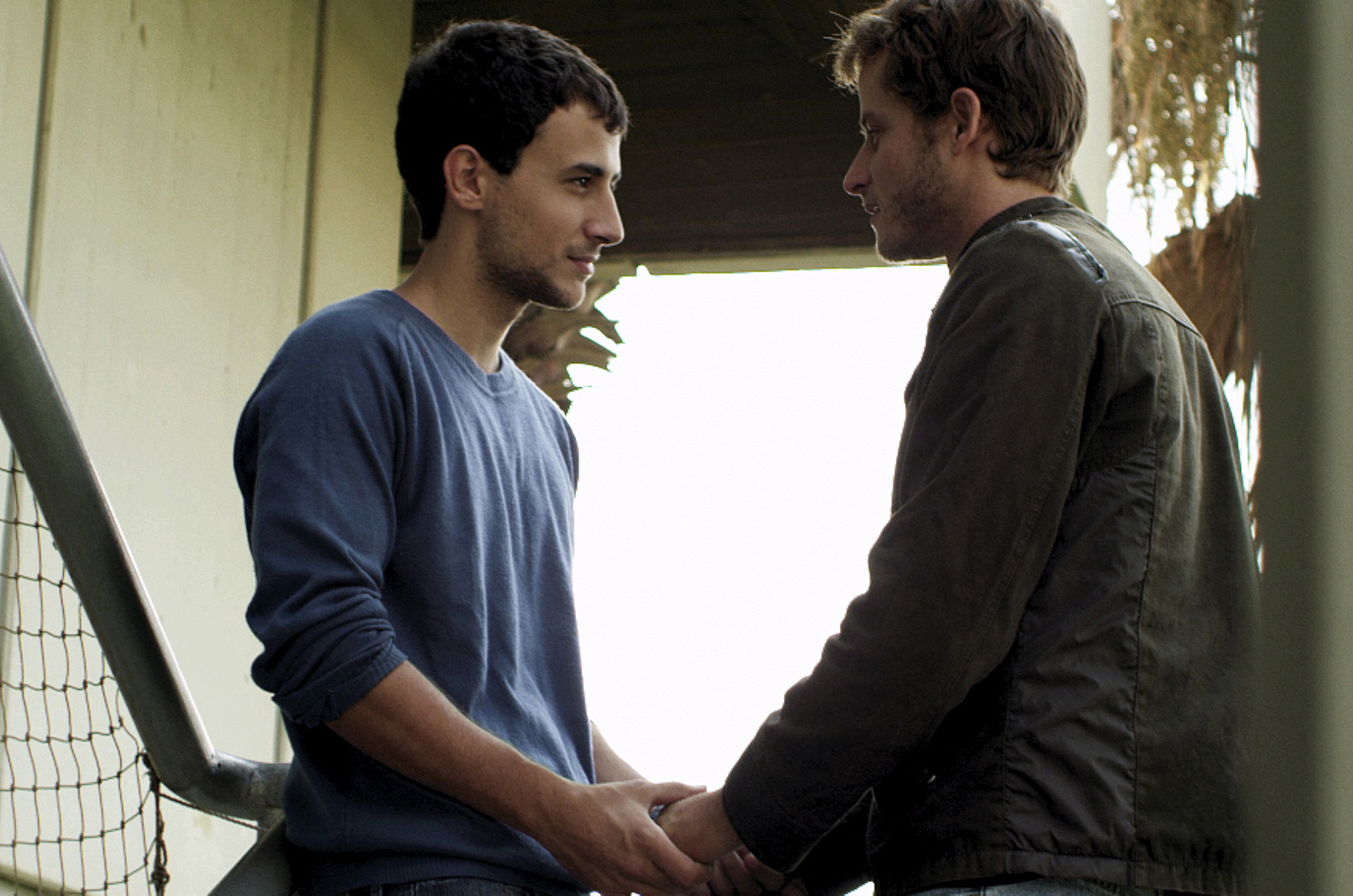 Reel Q ramps up the heat on April 4th, 2017 with Out in the Dark, a sexy, political thriller about an affair between a Palestinian student and an Israeli lawyer. It’s part of “Reel Stories,” the international LGBT film series that screens at Alphabet City on the North Side every month through August.

Reel Q is partnering with J Film (the Pittsburgh Jewish Film Forum) to present this award-winning drama that begins as a love story between two men on opposite sides of the Mid-East conflict and escalates into a tense thriller. The New York Times calls it “gripping.” As the San Francisco Chronicle reports, “There have been other gay romances in this arena, but none as assured as this superbly crafted one. It helps that the chemistry between [the two men]…is electric.”

All Reel Stories screen at Alphabet City (40 W North Ave.) and are free and open to the public. Doors open at 6:30pm; movie begins at 7pm. Because seating is limited RSVP online at https://reelq.org/events/outdark/

Reel Stories is an international film series created by Reel Q Film Festival to introduce audiences to LGBTQ+ films and stories from around the world. Screenings focus on issues important to our community, such as: youth, gender identity, adoption, international struggles and accomplishments, and hate crimes against our community.

Please check out our website at: www.reelq.org/events for more information on upcoming movie show times, as well as guest artists and post-screening panel discussions.

Reel Q was created in 1985 to organize and manage year-round cinema that serves the educational and cultural needs of its audiences and is an organization of lesbian, gay, bisexual, transgendered (LGBT) and LGBT-supportive persons.

City of Asylum/Pittsburgh is one the integral components of the global Cities of Asylum movement, which emerged in the 1990s to provide sanctuary to endangered literary writers, so that they can continue to write and their voices are not silenced. The result is a thriving community for writers, readers and neighbors.

JFilm, a program of Film Pittsburgh, presents independent films from around the world to deepen both Jewish and general audiences’ understanding of Jewish culture, tolerance, and our common humanity. JFilm offerings attract those interested in international, independent and/or Jewish-themed films. A broad range of programming is designed to reach people of all races, religions, ages and abilities, and emphasis is placed on collaboration with other organizations.