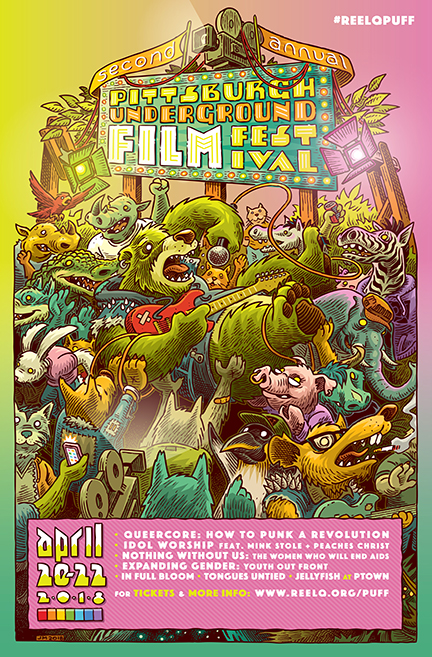 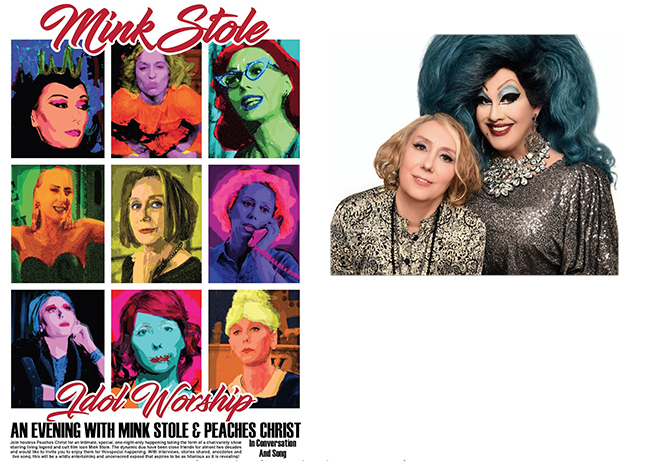 Join drag star and cult movie impresario Peaches Christ for an intimate and unique evening celebrating the incredible career of living legend and cult film icon Mink Stole.  These two entertainers are excited to present this event, which takes the form of a chat / variety show as well as a cabaret act.  The dynamic duo have been close friends for almost two decades and would like to invite you to enjoy them for this special happening. With interviews, stories shared, anecdotes and live song this will be a wildly entertaining, and uncensored exposé that aspires to be as hilarious as it is revealing. 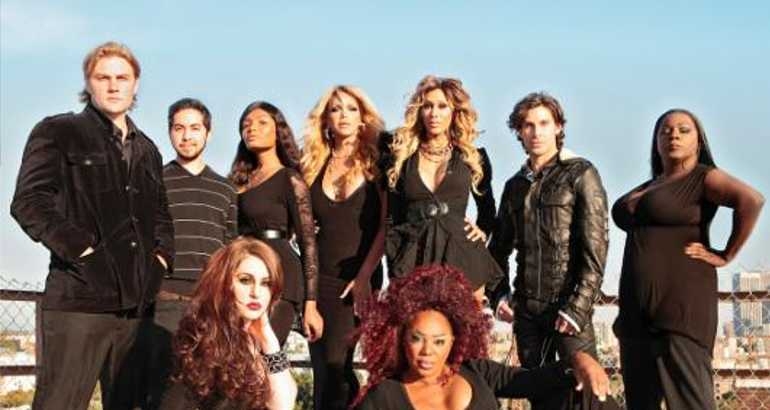 The feature-length documentary, In Full Bloom, chronicles the lives of 13 transgender and two gay actors whose paths cross during the production of the unprecedented stage play, Lovely Bouquet of Flowers. Fiction becomes reality, when behind-the scenes, rehearsal and performance footage is interwoven with compelling personal interviews from the cast, dealing with family, inner conflicts, discrimination, coming out, surgery, hormones and the complexities of sexual identity and orientation. By sharing their own journeys, the actors transcend transgender by speaking to issues, such as relationships, careers and spirituality. In Full Bloom, challenges the viewer to move past stereotypes and to see the commonalities we all share as human beings. 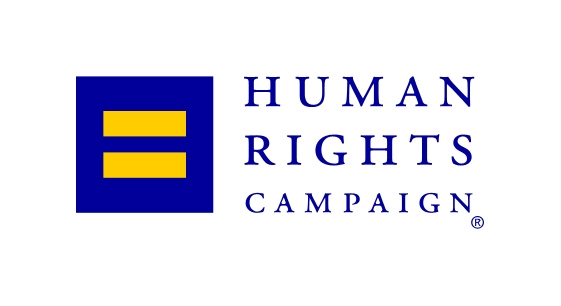 Nothing Without Us:
The Women Who Will End AIDS 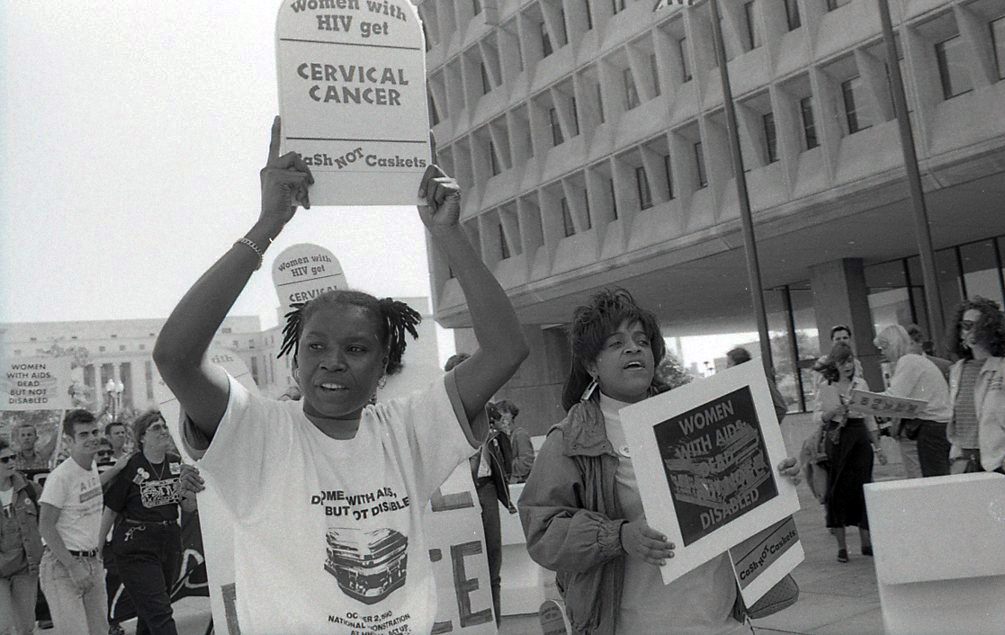 Nothing Without Us is the first and only documentary telling the story of the inspiring women at the forefront of the global AIDS movement. Combining archival footage and interviews with female activists, scientists and scholars in the US and Africa, “Nothing Without Us: The Women who Will End AIDS” reveals how women not only shaped grassroots groups like ACT-UP in the U.S., but have also played essential roles in HIV prevention and the treatment access movement throughout sub-Saharan Africa. The film explores the unaddressed dynamics that keep women around the world at risk of HIV, while introducing the remarkable women who have the answers to ending this 30-year old pandemic.

QueerCore: How to Punk a Revolution 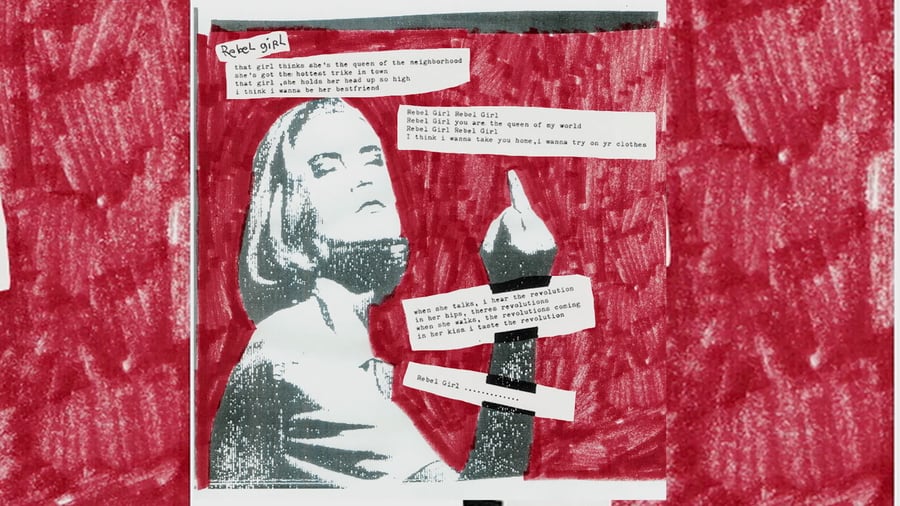 What happens when the community you need is not the community you have? Tell yourself it exists over and over, make fan zines that fabricate hordes of queer punk revolutionaries, create subversive movies, and distribute those movies widely—and slowly, the community you’ve fabricated might become a real and radical heartbeat that spreads internationally. This is the story that Queercore tells, from the start of a pseudo-movement in the mid-1980s, intended to punk the punk scene, to the widespread rise of artists who used radical queer identity to push back equally against gay assimilation and homophobic punk culture.

Underscoring the interviews are clips from movies, zines, concerts, and actions iconic to the movement. As steeped in the radical queer, anti-capitalist, DIY, and give-no-fucks approach as queercore itself, the movie reveals the perspectives and experiences of bands, moviemakers, writers, and other outsiders, taking audiences inside the creation of the community—and art—so desperately needed by the same queers it encompassed. 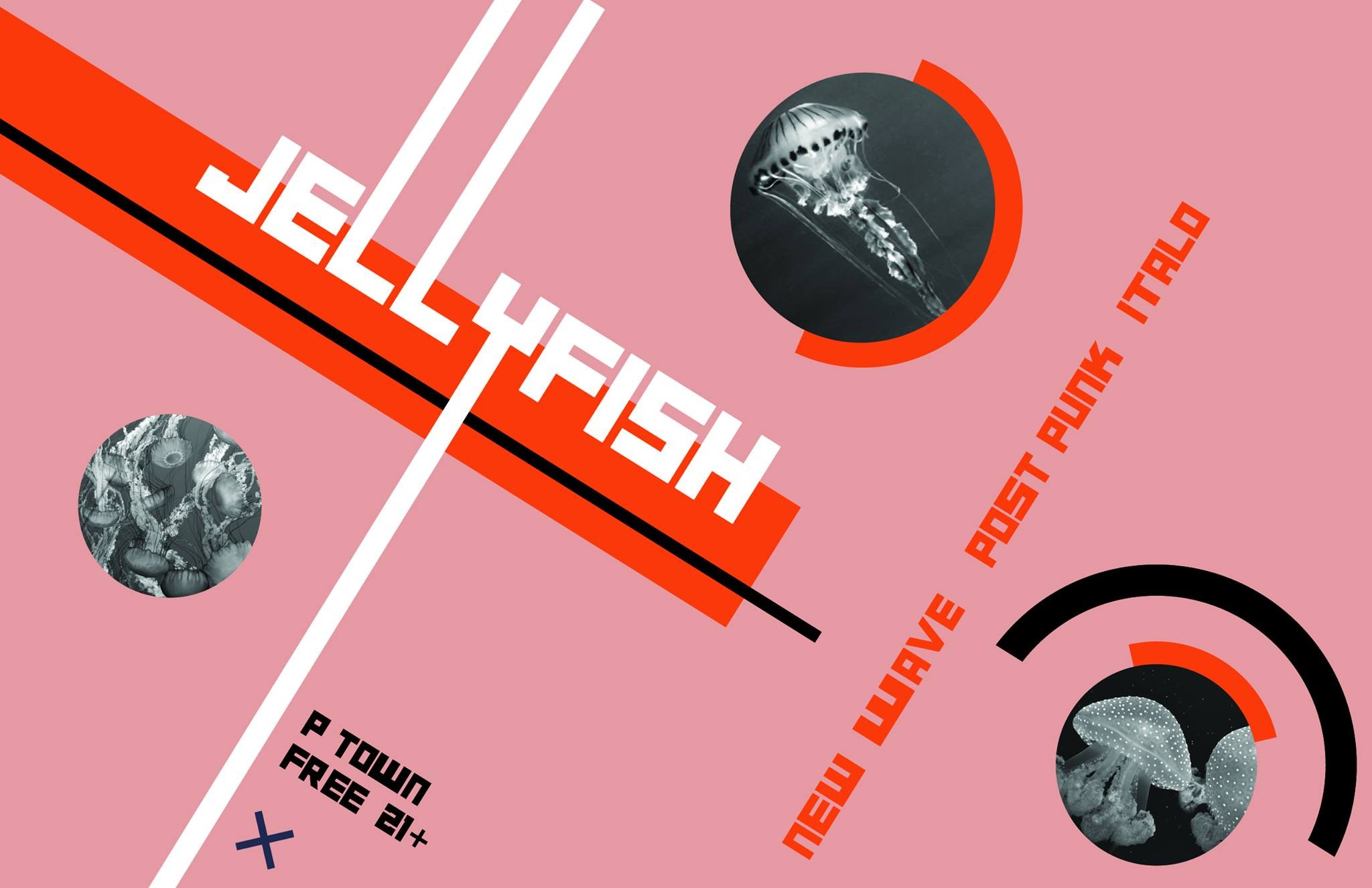 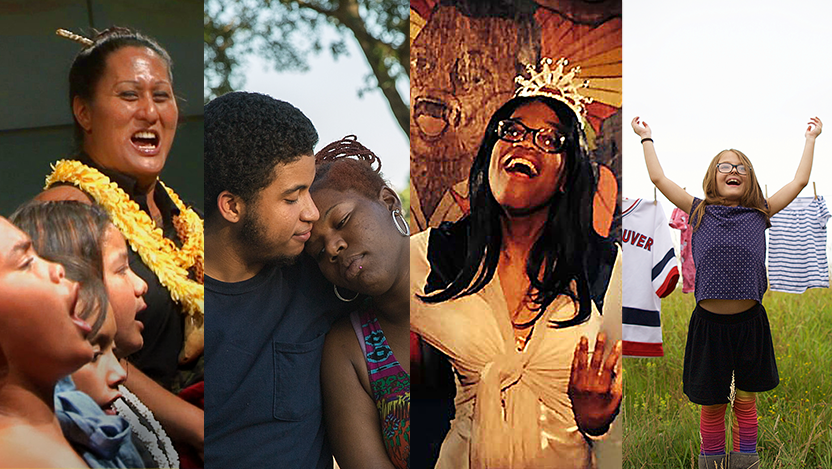 In Tomgirl we meet Jake, a confident and lovable gender expansive seven-year-old who invites us into his world of hockey playing and skirt wearing to explore the transformative power of love and support from adults. Next, experience the true story of a young Hawaiian girl who aspires to become the leader of her school’s boys-only hula troupe, and an inspiring teacher who uses traditional culture to empower her in A Place in the Middle. Monica’s Story traces the journey of resilience and self-acceptance of Monica Rose, a strong young transwoman of color. Despite being rejected by her church and family, Monica sought out support from professionals in the LGTBQ community and today is a proud, confident person with a bright future. Finally Passing profiles the lives of three young transmen of color. This short doc explores what life is like living as a black man, when no one knows you are transgender, and how each man perceives his own journey with gender after many years of being presumed as a cisgender man. 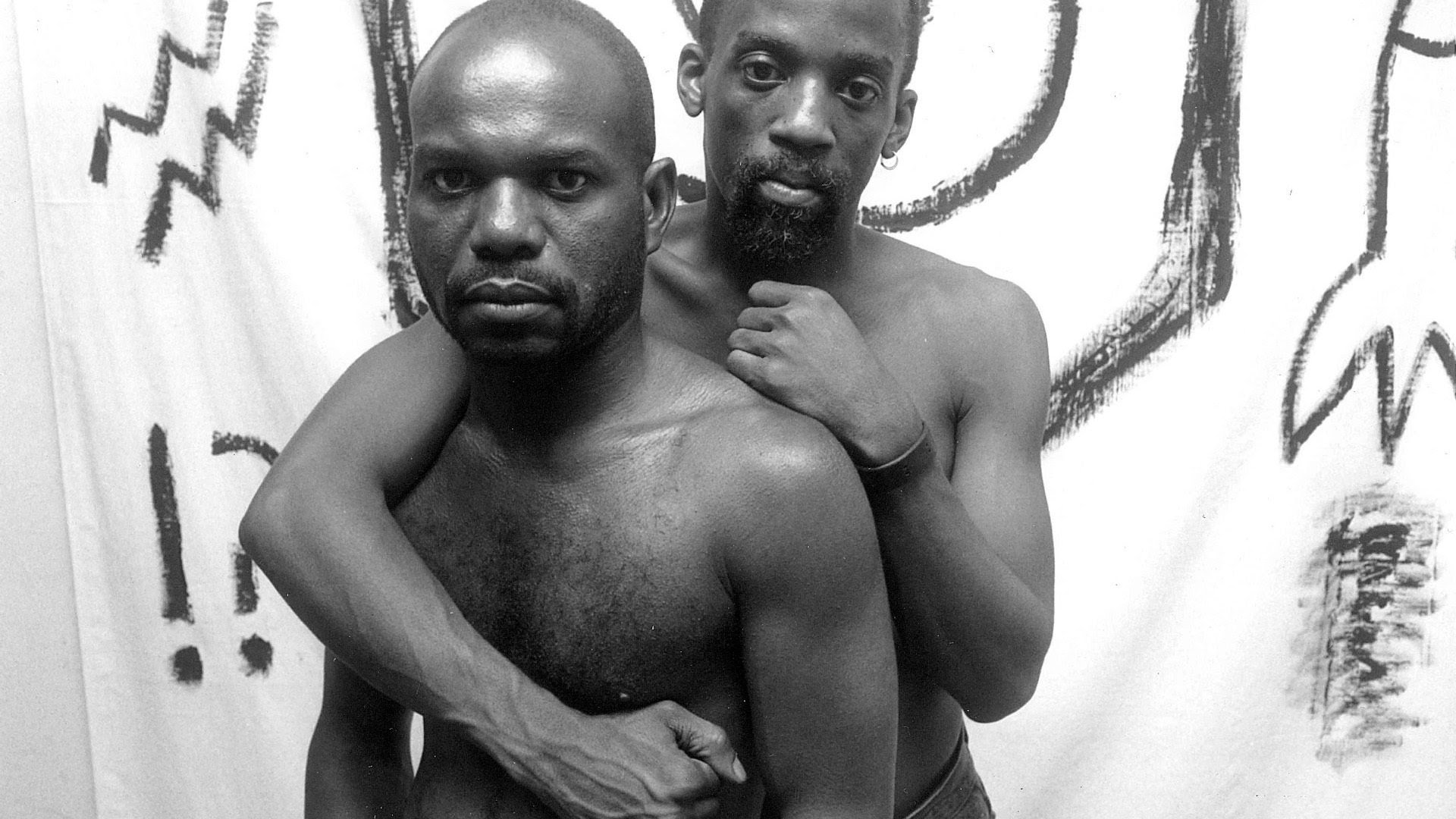 The film blends documentary footage with personal account and fiction in an attempt to depict the specificity of black gay identity. The “silence” referred to throughout the film is that of black gay men, who are unable to express themselves because of the prejudices of white and black heterosexual society, as well as the white gay society.

The narrative structure of Tongues Untied is both interesting and unconventional. Besides including documentary footage detailing North American black gay culture, Riggs also tells of his own experiences as a gay man. These include the realization of his sexual identity and of coping with the deaths of many of his friends to AIDS. Other elements within the film include footage of the Civil Rights Movement and clips of Eddie Murphyperforming a homophobic stand-up routine.

The documentary dealt with the simultaneous critique of the politics of racism, homophobia and exclusion as they are intertwined with contemporary sexual politics. The film is a part of a body of recently released films and videos, which examine central issues in the lives of lesbian and gay Black people. Riggs’ work challenged television’s generic boundaries of conformity during the late 80s and early 90s. The television documentary during this time was the conventional talking head, expert interviews, and personal testimonials commonly on public affair issues.

L’Oréal Snell is from Omaha, Nebraska. She has received fellowships for her poetry (Cave Canem Foundation) and civic engagement (Coro Center for Civic Leadership) (New Voices for Reproductive Justice). Her writing has appeared in several literary journals, articles, and anthologies. She earned a M.F.A. in Creative Nonfiction from Chatham University and a M.A. in Drama Therapy from New York University. L’Oréal is an advocate of affordable and dignified housing, neglected and abused children, and reproductive justice. She resides in Pittsburgh, PA.

Steffan Triplett is a writer and instructor from Joplin, Missouri. Some of his work appears or is forthcoming in DIAGRAM, Electric Literature, The Offing, BOAAT, Foundry, Kweli, and Nepantla: An Anthology for Queer Poets of Color.  Steffan is a VONA alum and has been a fellow for Callaloo and Lambda Literary. Steffan is a graduate of Washington University in St. Louis, where he was a John B. Ervin scholar