Of the more than two million American troops, a small percentage are defending our liberty while being forced to hide their identities. They are the transgender Americans — over 15,000 members in the military by some estimates — who serve in uniform but fear being discharged because of discrimination by the current president.

Until 2016, transgender troops — like lesbians and gay men — served under a cloak of secrecy due to President Clinton’s “Don’t Ask, Don’t Tell” policy. Coming out publicly could have resulted in being discharged. In 2016, that changed under the Obama administration when sexual orientation and gender identity were no longer grounds for dismissal.

Then with one tweet last year, President Trump announced that the US government would “not accept or allow transgender individuals to serve in any capacity in the US military.” Where does that leave transgender troops now?

In TransMilitary, filmmakers Dawson and Silverman document a compelling portrait of four transgender members, who tell their stories and risk their livelihood to stop the ban of trans men and women serving in the U.S. military.

The documentary chronicles their challenges as they put their careers on the line. Their stories are complicated, and their struggles for acceptance are difficult — even though most of the bigotry stems from outside of the service rather than within. The film also shows how their family members are struggling with their own acceptance. As trans members work to attain the equal right to serve, they are now on the American front line in the fight for LGBTQ rights.

Winner of this year’s Audience Award at Austin’s South by Southwest Film Festival, TransMilitary offers an unprecedented glimpse into the lives of trans soldiers. The film shines a light on the reality of the bravery as well as injustices faced by Transgender military members. 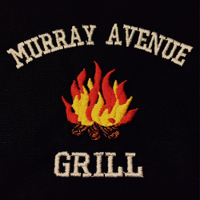