Cherry Waves
(USA; 2011; 15 minutes) Director: Carey Williams
Set against the world of underground street fighting, a tough African-American named Angie Adams faces her biggest challenge — whether to continue living her life for others or for herself and the woman she loves. 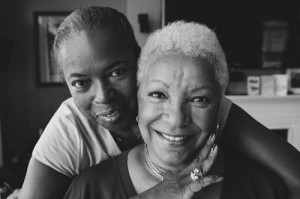 Devotion Project: Foremost In My Mind
(USA; 2013; 10 minutes) Director: Antony Osso
This amazing little movie tracks the life course of two remarkable African-American women —- Olympic athlete Gail Marquis (who earned a medal at the 1976 summer games) and former model Audrey Smaltz — who prove that love can be found at any age.

Empty Sky
(USA; 2011; 9 minutes) Director: J. Michael Vargas
Samantha and Taylor are both odd girls out – one is new to town, the other has only her piano for a friend. When the girls realize they’re kindred spirits, each begins to discover that they have a great deal to teach one another. 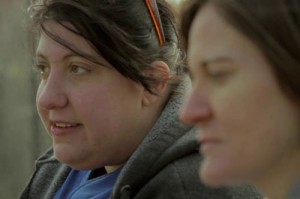 F to the 7th: Tweener
(USA; 2013; 4 minutes) Director: Ingrid Jungermann
This is an episode of the highly regarded online series that follows creator Ingrid Jungermann’s descent into middle-age, as she struggles to adjust to a world where gender and sexuality have left her old-fashioned lesbianism behind. 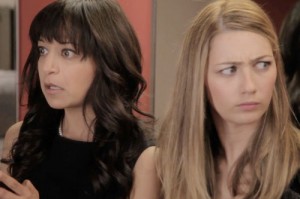 Remember To Breathe
(USA; 2012; 26 minutes) Director: Marc Saltarelli
Emmy Award nominated actress — and Miss American of 1955 — Lee Meriwether gives a stirring and inspiring performance as a former nightclub headliner named Alice living alone and forgotten, as her only companions the memorabilia of her past glory. Entering this solitude is an aspiring singer seeking a mentor, who brings more than just a beautiful voice to Alice’s little world. 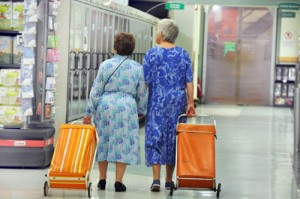 Shopping
(Australia; 2012; 6 minutes) Director: Will Kuether
Two women meet up at various stages of their lives, but don’t connect properly until old age. 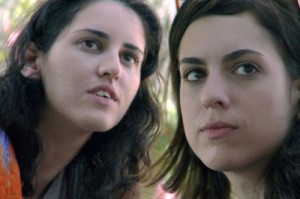 Through The Window
(Israel; 2011; 12 minutes) Director: Chen Shumowitz
Rich with metaphor, this is the tale of a closeted young woman torn between her family and her true love — who are separated by a window.