Out In The Night

Out In The Night 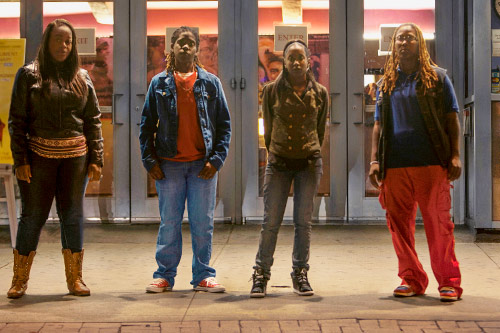 (US; 2014; 75 min.)
Director: Blair Doroshwalther
They became known as the New Jersey 4. This impressive documentary examines how a quartet of women stood up for themselves in the face of hatred.

New York City’s famous and funky West Village is known as one of the most LGBT friendly neighborhoods in America. So the last thing four African-American lesbians expected was to be faced with a violent homophobe who sexually threatens them. The ladies defend themselves against their attacker — and, in a terrible twist, end up charged with assaulting him.