Kiss Me Kill Me

Kiss Me Kill Me 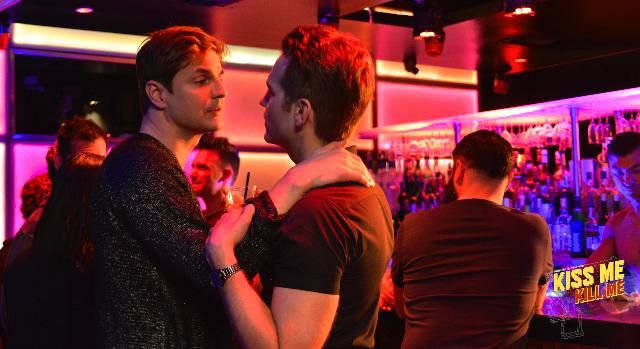 One of Reel Q’s most popular filmmakers, Casper Andreas (The Big Gay Musical) brings to the big screen two of the LGBT world’s most popular actors, openly gay soap star Van Hansis (As the World Turns) and Queer as Folk alum Gale Harold, for this intense thriller.

After recovering from a blackout, Dusty (Hansis) discovers that his unfaithful boyfriend (Harold) has been murdered and the police have tagged him as the prime suspect. Soon his life as well as his freedom is in jeopardy as Dusty seeks the truth.