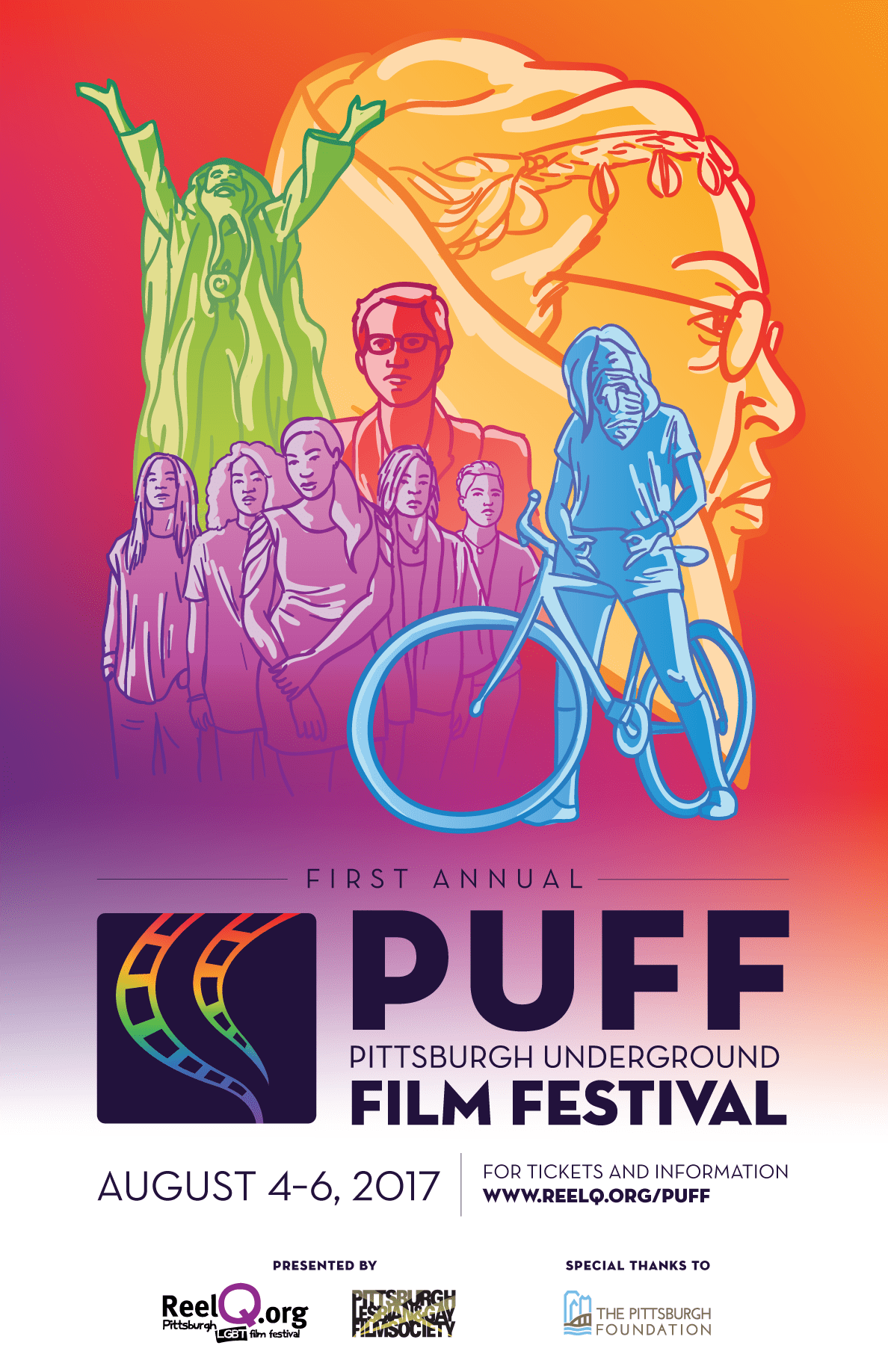 Pittsburgh Underground Film Festival (PUFF) was created by Reel Q Film Festival to celebrate our diverse LGBTQ+ communities through the presentation of overlooked and out-of-the-box films, workshops, lectures, and panels.

For the first time, Pittsburgh’s LGBTQ+ filmmakers will have the chance to screen their short movies in a local film festival created for and by the LGBTQ+ community.

Tickets to all screenings are $10

Lectures and Workshops are FREE! 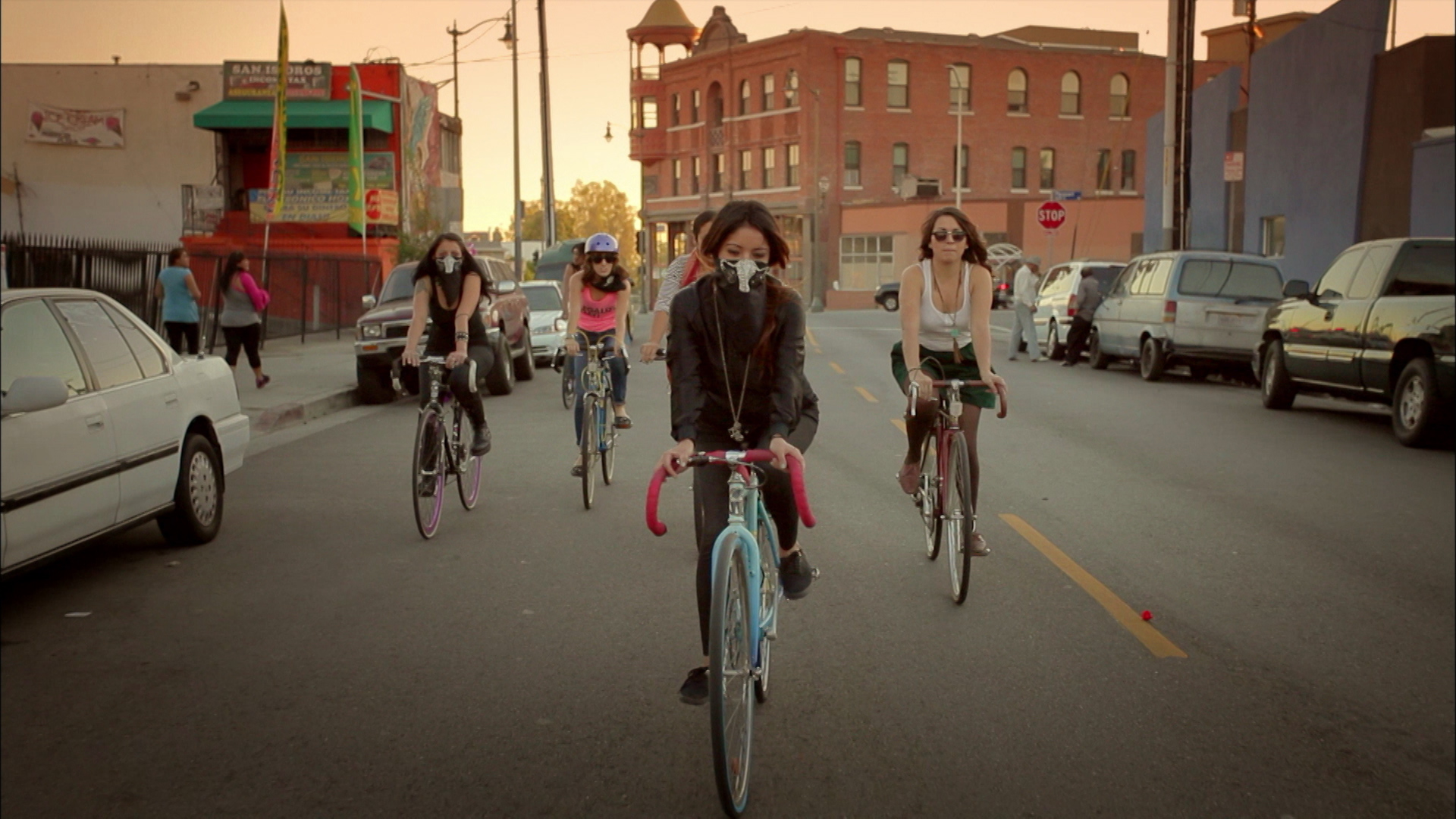 Ovarian Psycos documents a new generation of fierce, unapologetic and feminist women of color from the Eastside of Los Angeles who confront injustice, build community, and redefine identity through a raucous, irreverently named bicycle crew: The Ovarian Psycos Cycle Brigade. Through the personal stories of the crew’s founder, Xela de la X, activist, poet M.C., and single mother; street artist and original Ovarian Psyco, Andi Xoch, and a bright-eyed young woman from the neighborhood, Evelyn (Evie), the film traces how the “Ovas” emerged from the diverse, youthful, Latino, working class, immigrant neighborhoods of Boyle Heights and East Los Angeles, a community situated within the historic legacy of the Chicano/a Civil Rights Movement that emerged from L.A. in the late 1960s. 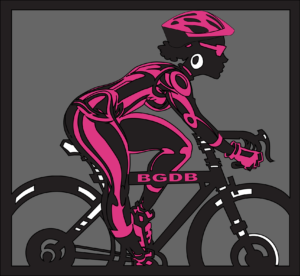 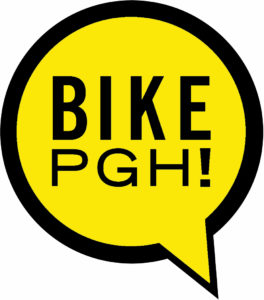 Melwood Screening Room 477 Melwood Ave Pittsburgh, PA 15213 Only In Pittsburgh! was created to showcase emerging LGBTQ+ short films made by the ‘Burgh’s burgeoning film community.  We teamed up with Film Kitchen and the Indie Oaks Festival to present our favorite movies written and directed in Pittsburgh with the goal of connecting emerging filmmakers to new audiences.

Mama Said is a further investigation into a character loosely based on Dusty Springfield with a stylistic affinity for Pebbles Flintstone and all the Cheetah loving grandmas in the world.

Frank Marshal is a conservative candidate running for Governor of Pennsylvania. When his son is outed as gay on live television, he must choose to either continue his radical campaign or risk it all and support his son.

“How to Find a Man: An Educational Film’ is a parody of a 1950s educational/instructional PSA shot on 16mm film. Introducing Nomi Darling and Alistair McQueen.

Promenade” captures a definitive moment of prom night that encapsulates the transition from adolescence to young adulthood — and the sometimes awkward, sometimes painful recognition of self and of others that defines our young adulthood.

This lovely documentary focuses on a family in rural PA and their transgender daughter. 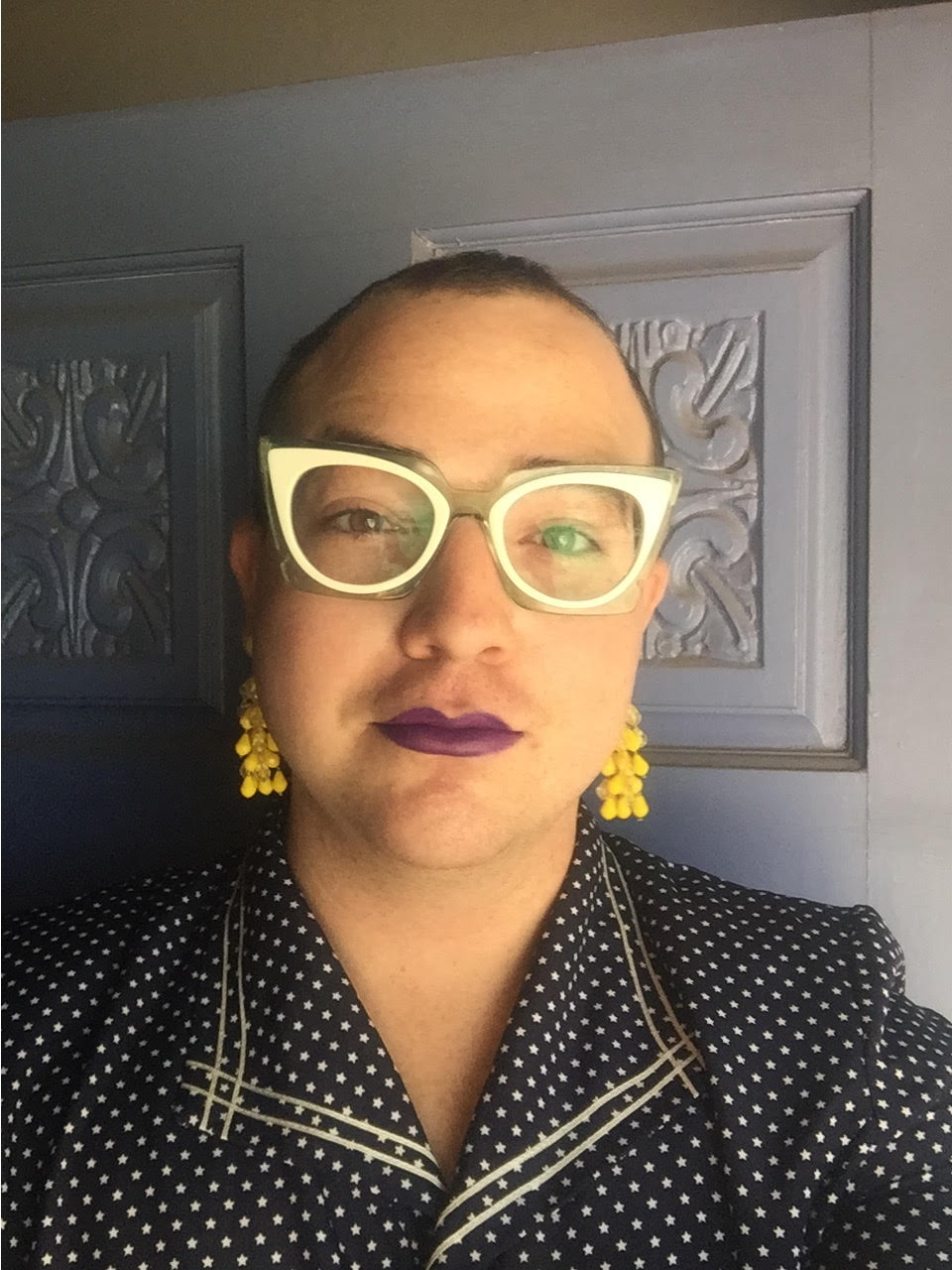 Lives of their Own: Pittsburgh Queer History Project Archives Screening

Harrison Apple, Co-Director and Archivist of the Pittsburgh Queer History Project will be sharing video content from the PQHP’s collection. Ranging in content from nightclub performers to 80’s gay picnics to street vigils and protests, the video collection holds unique heritage objects from Pittsburgh’s recent past through the lens of LGBTQ nightlife. Join them for a presentation on Pittsburgh urban history, the archival value of copies, and a chance to reanimate voices of the 70s and 80s through a curated reel of videos – including a full-screening of the 1989 Ms. Pittsburgh Pageant. 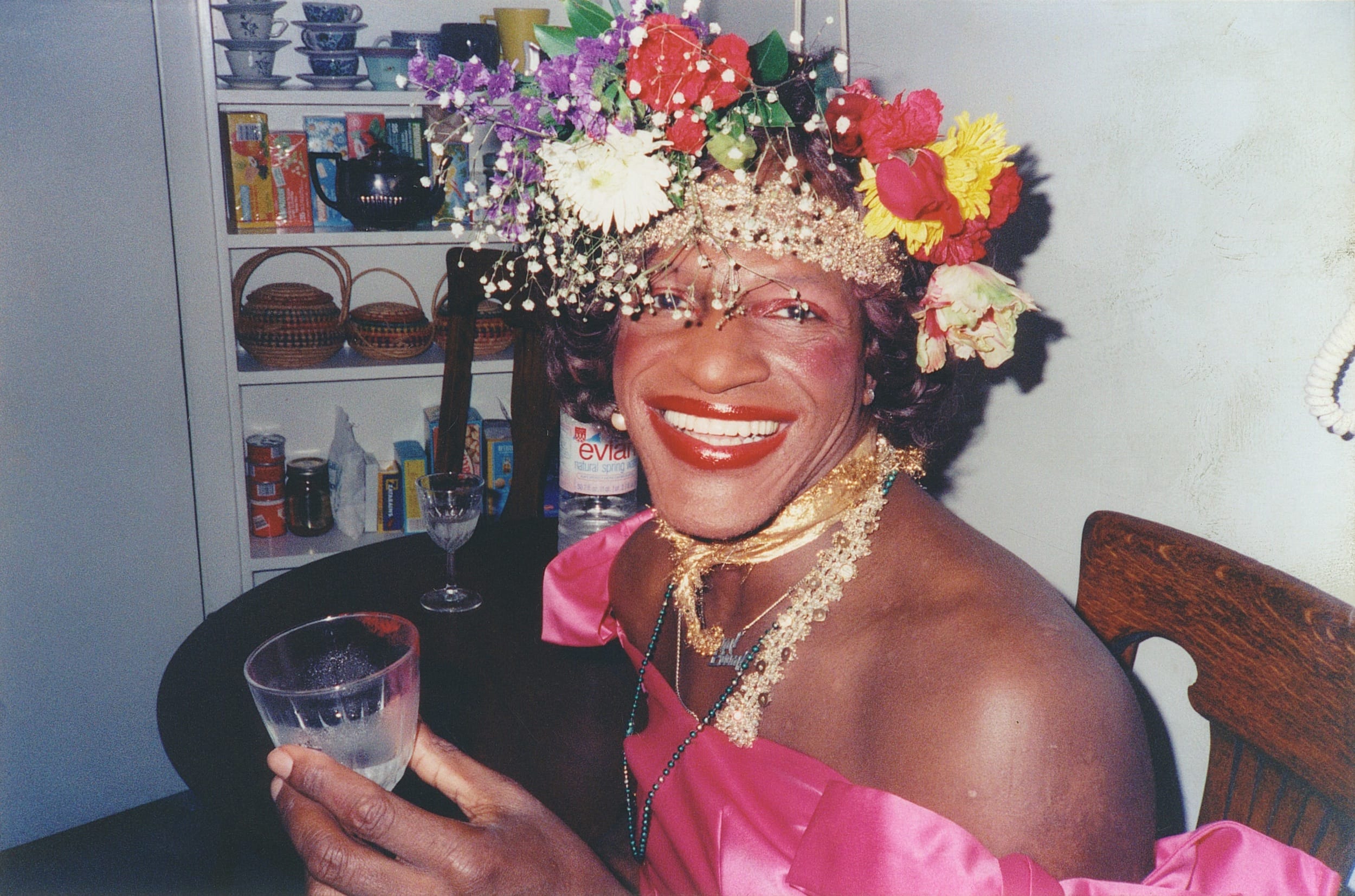 The Death & Life of Marsha P Johnson reexamines the death of a beloved icon of the trans world while celebrating the story of two landmark pioneers of the trans-rights movement, trailblazers who put the T in LGBT. Academy Award® nominated director David France’s (How to Survive a Plague) new documentary centers on self-described “street queen” Marsha P. Johnson, legendary fixture in New York City’s gay ghetto, who along with fellow trans icon Sylvia Rivera, founded Street Transvestites Action Revolutionaries (S.T.A.R.), a trans activist group based in the heart of NYC’s Greenwich Village. Mysteriously, Marsha was found floating in the Hudson River in 1992. At the time, the NYPD pegged her death as a suicide, a claim that Marsha’s comrades have always firmly rejected. Structured as a whodunit, with activist Victoria Cruz cast as detective and audience surrogate, The Death and Life of Marsha P. Johnsoncelebrates the lasting political legacy of Marsha P. Johnson, while seeking to finally solve the mystery of her unexplained death. 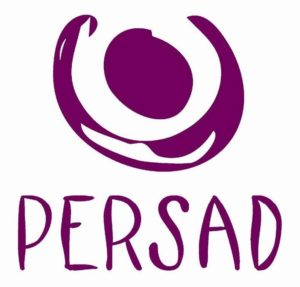 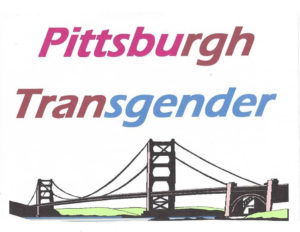 The Revival: Women and the Word 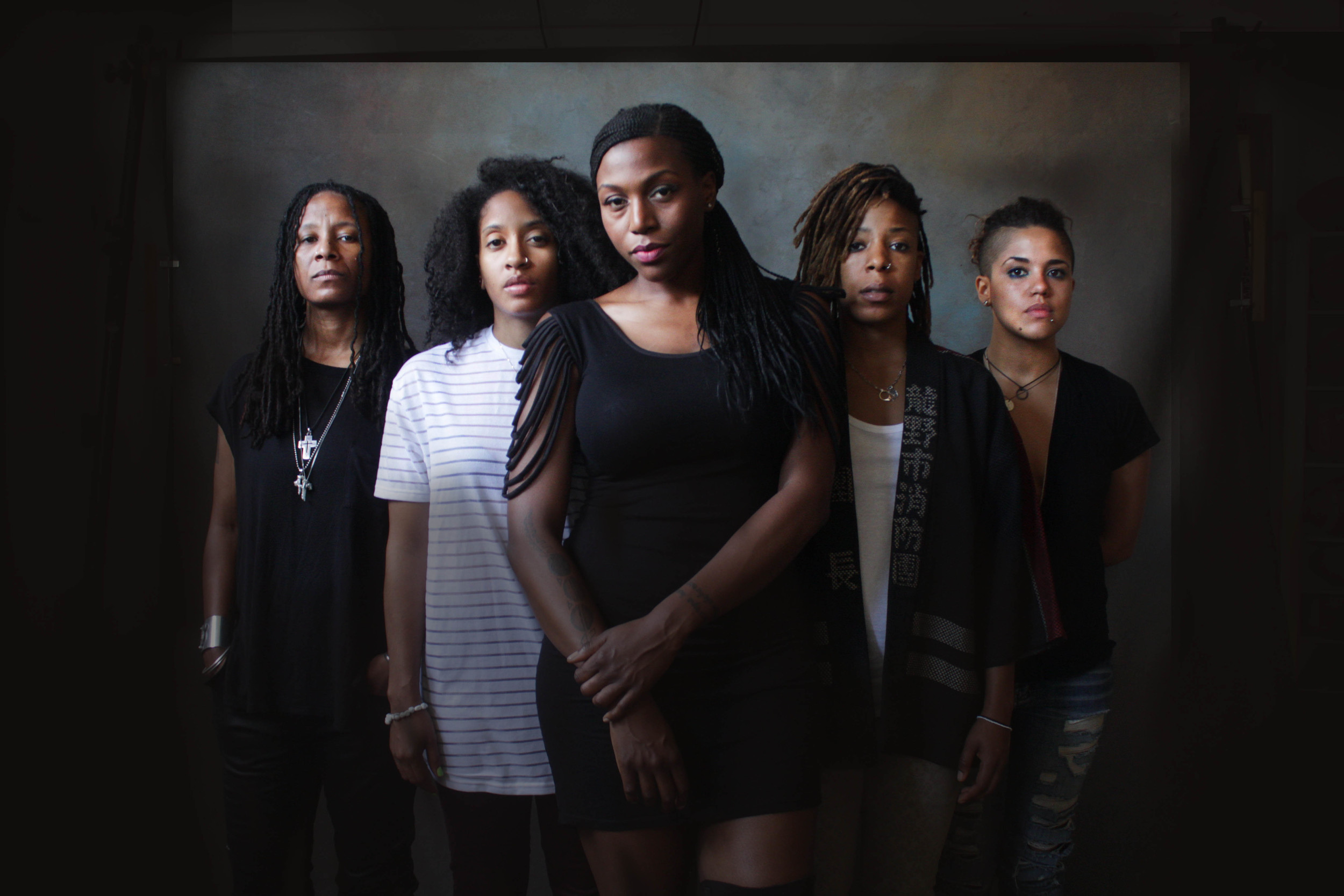 The Revival: Women and the Word chronicles the US tour of a group of Black lesbian poets and musicians, who become present-day stewards of a historical movement to build community among queer women of color. Their journey to strengthen their community is enriched by insightful interviews with leading Black feminist thinkers and historians, including Dr. Alexis Pauline Gumbs, Nikki Finney, and Alexis Deveaux. As the group tours the country, the film reveals their aspirations and triumphs, as well as the unique identity challenges they face encompassing gender, race, and sexuality. This is a rarely seen look into a special sisterhood – one where marginalized voices are both heard and respected. 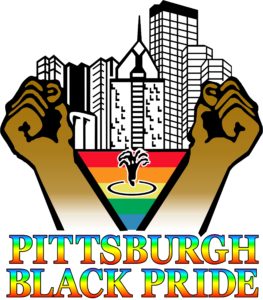 Lecture Begins at 11AM 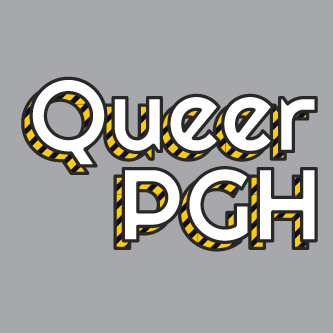 Queer Pittsburgh, otherwise known as QueerPGH, is an online magazine made by and for queer folks in Pittsburgh. They are run by a crew of volunteers who want to promote the voices of LGBTQIA+ folks and all others who identify as queer, as well as create a comprehensive guide to our spaces in the area.

Queer Pittsburgh started in July 2016 pulling together folks in the community who were interested in joining a team of artists, writers, photographers and general queer enthusiasts. Since then they’ve been growing, and fast.

Queer Pittsburgh is guided by the values of:

Join us for Sunday cartoons!  Get Animated! brings together a wide variety of animation, cartoon, and stop-motion styles to the big screen. Following the screening, local editor Zora Gilbert (datesanthology.com) will discuss the queer representation in comics over the last 10 years. 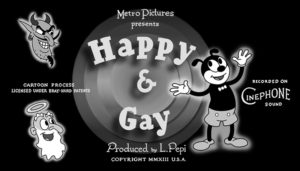 “Happy and Gay” is a revisionist history document reflecting the form of a 1930’s-styled cartoon musical. This film’s goal is to be a “revisionist history” work, imitating the Hollywood cartoon of the 1930s. It’s main focus is aimed at responding to acts of censorship, prejudice and stereotype by re-placing a positive representation of gay and lesbian characters into a positively queer narrative. 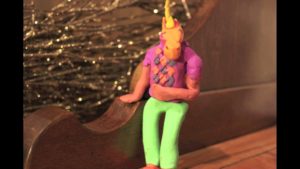 Toronto-based artist Elisha Lim’s work celebrates the dignity and power of being neither straight, nor white, nor cis-gendered. In 2011 they also successfully advocated for Canadian gay media to adopt the gender neutral pronoun “they.” 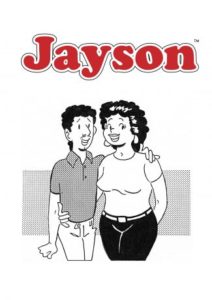 Jeffrey A. Krell is an openly gay American cartoonist, known for his long-running syndicated comic strip Jayson.[1]The strip is about Jayson Callowhill, a skinny farm boy who moves to Philadelphia searching for a job and a man, and has been described as “the gay Archie 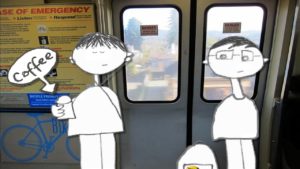 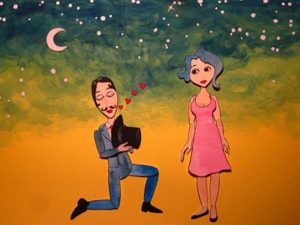 Iris Moore is a Montreal based artist who is focused on painting, drawing and animation. In her animated film “Beyond The Mirror’s Gaze”, she explores the fantastical and surreal, with the intention of evoking the viewer’s sense of whimsy and wonder surrounding themes of gender 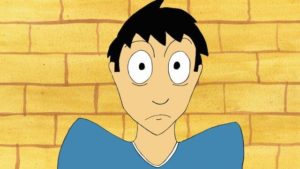 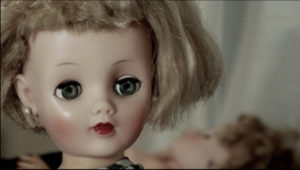 Joy! A Portrait of a Nun 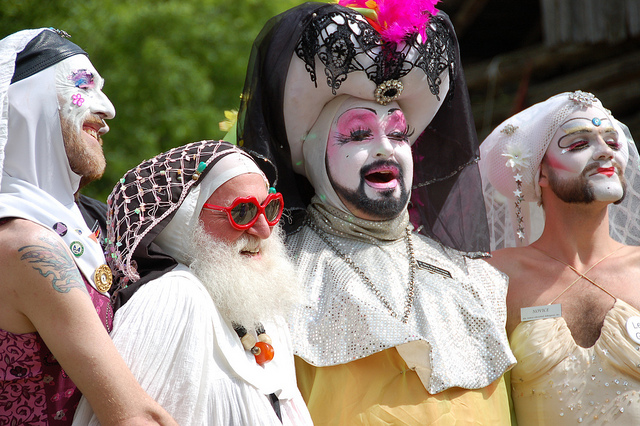 Joy! A Portrait of a Nun is a documentary about Spiritual sanctuary, sex, sisterhood and a gathering of faeries. A bearded nun. Through an intimate lens, this feature documentary takes us on a journey with Sister Missionary P. Delight, one of the founders of the Sisters of Perpetual Indulgence. In 1979, Mish, as he is affectionately known by his friends, created an Order of gay male nuns to promote a philosophy of promulgating universal joy and expiating guilt. Both he and the Order have come a long way since then. Today, the Sisters are spread out across the globe, and Mish lives in the middle of the woods of the Deep South, in a community of Radical Faeries. JOY! follows Mish and his community over a seven year period, along the way we discover the history of the movement and the highs and lows of his own personal journey. 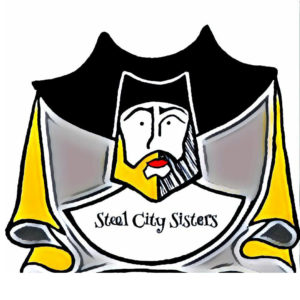